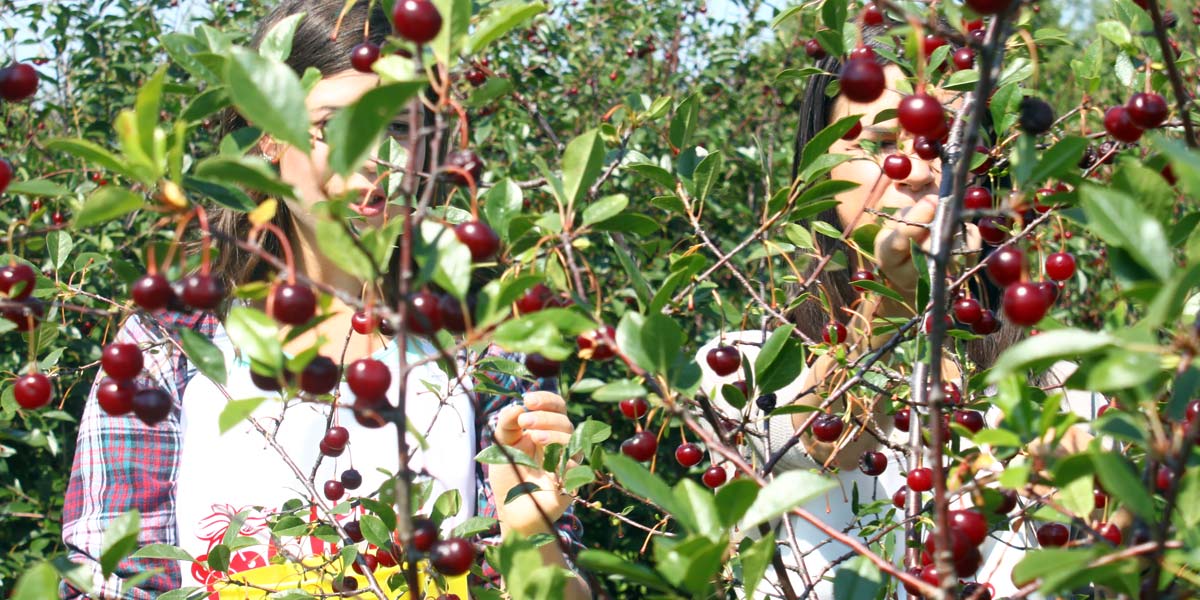 The Dwarf Sour Cherry orchards in Bruno were planted under the direction of the University of Saskatchewan and the Ursulines of Bruno when the Ursulines owned the property where the Bruno Cherry Sunday is held. The property changed hands in 2007 to becoming St. Therese Institute of Faith and Mission, and since 2011 the orchards have been operating as U-Pick.

Please watch the articles below for information about this year's crop and U-Pick announcements. The fruit is usually ready for harvest throughout August, sometimes starting even in late July.

FAQ: What kind of Cherries do you have in the St. Therese Institute orchard?

Our U-Pick cherries are University of Saskatoon developed Dwarf Sour Cherries. They are a great tasting cherry with a high sugar content, perfect for baking, cooking, sauses, or even by themselves as a tart-'n-sweet treat.
You can find out more about the cherries themselves at http://www.fruit.usask.ca/dwarfsourcherries.html .
We have several different varieties of Dwarf Sour Cherry in the orchard — Valentine, Romeo, Juliet, Carmine Jewel and Crimson Passion. 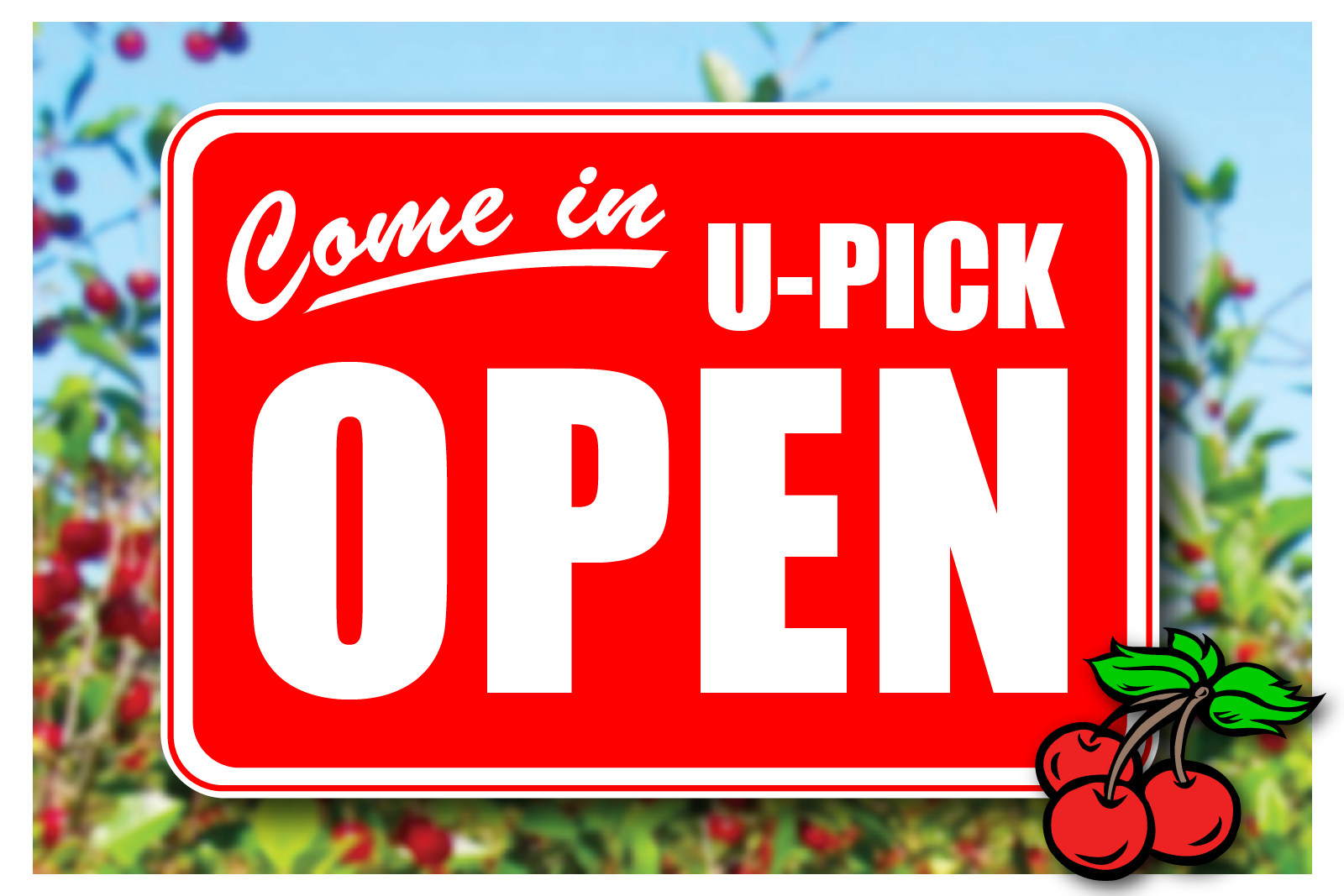 Our later-ripening cherries are now ready for picking, and picking is looking great! We had previously announced earlier in the season that the cherry harvest looked poor, but our later cherries did not run into the issues that our early cherries did.

COME AND PICK WHILE THE PICKING IS GREAT -- Fruit ripened a couple weeks earlier than usual and cherries likely won't last into late August like in previous years.

HOW TO U-PICK: Picking is self-pay and BYOB (ahem... that's bring your own 4L BUCKET). Come to the front door of St. Therese Institute at the north end of Main St. in Bruno, SK, and ask us for information on where to pick (during office hours) or follow the posted instructions and signs (after-hours).

COST: Cherries are $10 per 4L bucket (remember, BYOBucket)
Payment can be 1) made at the St. Therese office during office hours (M-F 8:30am-12pm, 1pm-5pm), or 2) deposited in a drop box outside the front door of St. Therese after hours.

HOURS: You can pick any time during daylight hours, 7 days per week. See note on payment above.